Introduction: A Tale of Two Speeches

The first publication commissioned by the Politics of Social Change Foundation focuses on the career of a woman who liked to describe herself as an ‘accidental politician.’

The late Ann Symonds was ‘catapulted’ into the New South Wales Legislative Council in September 1982. Having narrowly missed election to the Council in 1981, she was chosen by the Australian Labor Party to fill the casual vacancy caused when Peter Baldwin, a fellow member of the Labor Left, resigned to run for a federal seat. She was elected in her own right in 1984 and 1995, but retired in April 1998.

Ann was a left-winger in a party dominated by a winner-takes-all Right faction and a feminist joining a parliament where women were barely visible. Her arrival in 1982 brought the number of women in the then 44-member Legislative Council up to a resounding eight. This was better than the Legislative Assembly where two women were swamped by 97 men.

Even so the Council, which was in the final stages of transition from an appointed to an elected body, still had a reputation as something of a gentleman’s club. As a ‘socialist feminist’, who was active in the peace movement, Ann brought with her ideas and causes rarely discussed in the Council and not particularly congenial to the power brokers in her own party.

How did Ann address the double disadvantage of her faction and gender? The words ‘head on’ seem appropriate. The best introduction to her politics – and to the themes of this book – can be found in the first and last speeches she made in the Council.  Ann Symonds – Introduction – Draft

*Hilary Golder is a Board member of the Politics of Social Change Foundation and has written extensively about Australian public history. Hilary has a PhD, School of History, University of New South Wales and BA (Hons) in Modern History, Somerville College, Oxford University.

You can read more about Hilary here and here Hilary Golder CV. 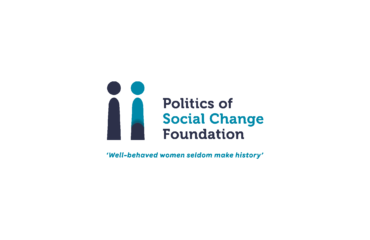 Welcome to the Politics of Social Change